Mooing on a Monday Morn

It is being reported that members of the "religion of peace" in Iraq have been going about brutally murdering young folk who sport the "emo" look. Savages. And we thought we could tame these folk? The "occupation" of Iraq is still a hotly debated issue. Was it or was it not a good idea? History will be the judge. One thing is certain; "nation building" in this part of the world is a losing proposition. I feel for the folk in these Muslim lands who just want to be left alone and perhaps have real democracy without the influence of the more radical among them interfering with their progression out of the dark ages. Unfortunately this is a battle they themselves will have to fight. Religion of peace my ass......It does seem that the only govts this region can have are dictatorships of some sort. That is about the only way that they can coexist and do business with the rest of the world.

Israel is under attack from rocket fire. Nothing new here. It galls me when some call Israel a terrorist state. It is merely trying to survive. The history of the Jewish people has been a sad one and after centuries of being victimized they are finally in a position to say "never again." It is a precarious position sure, they are surrounded by enemies, but they are not going to go quietly into the night. Why should they? If their armed forces occasionally use "disproportionate" force (whatever that is), it is certainly understandable (albeit unfortunate) given their history and current position.

Ever watch that show called The Amazing Race ? It is sort of silly but at the same time a bit addicting. The contestants go from place to place trying to accomplish some often very difficult tasks before moving on to the next. The winners win some sort of huge monetary prize. It would be really interesting if they had a segment that was filmed in Israel. Perhaps they could be tasked with defusing dud rockets or something. Now that would be good television. Television worth watching.

I was going to get into a video posted by the fruitloop at Driftglass driftglass.blogspot.com taking a shot a the South (Mississippi in particular). Of course the editors of the video showed us the most backwoods rednecks they could find and pawned them off as a representation of us Southrons. Some of the video appears to have been shot in front of a Wal Mart (imagine that). I may or may not get into this cheap shot at another time. If the South is so bad then why do people from the northern states continue come on down and set up shop?  Is is to teach us ignorant Johnnies some culture? Is that it? I think it is to better their own lives. But that's just me. I could be wrong.


Now a bit of vintage Rule 5. The lovely and talented Taija Rae. 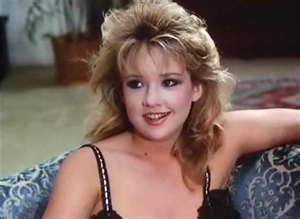 Posted by Bartender Cabbie at 6:41 AM

Interesting. I think she was spotted working at a diner style restaurant in Van Nuys some years back. Hard to say.

yeah, it's up there with Jimmy Hoffa