Truth and Questions From The Cab #2 With Rule 5

It has been a while since any postings and as usual there are a lot of things going on in the country and the world. Some good. Some bad. For the down and dirty truth on some of these events, happenings, and other trivial subjects, there is no better place than the cab. Bank it.

1. Dumbass Sheila Jackson Lee is still a dumbass. Nothing can be done. So is Maxine Waters. Who is that silly congresswoman who wears the ridiculous ho hats? Her name escapes me........She is a dumbass also.

2. This Cliven Bundy guy should have probably just paid his bill and kept his pie hole shut.

3. The owner of the Los Angeles Clipper basketball club should have also refrained from voicing his opinions on various matters.

4. The Ukraine thing is far from over. There will be blood.

5. Harry Reid may have had a point or two when discussing this Cliven Bundy dude, but he (Reid) is still a fool.

6. Some leftist writers (you know who you are) are long term unemployed and somehow they are honored to be so. Most folk down Texas way would find them a bit of quim I would wager.

7. The Astros suck as we knew they would. How could it be otherwise with Jim Crane as an owner? He runs one of the worst logistics companies in the country. Why would his baseball team be any different?

8. The Enneagram personality profiley thingy is nonsense. Along the lines of horoscopes and phrenology this thing is. Funny how many corporate dweebs buy into this crap. I will be attending "training" directly.

9. It is probably best to side with Japan over the Red Chinese in the island dispute despite the Nips fondness for whaling. As a friend of mine says "fuck a Japanese, they don't need to eat a whale."

10. Are the Muslims that cause Russia and Red China a problem "good" Muslims?

11. It may have not been wise to include the tiny Baltic nations in NATO. Not wise at all.

13. If you asked anyone on the street who Jefferson Davis was, what would be the percentage that would be able to guess proper? What about Nathan Forrest?

14. Do you wonder if Lil Kim of North Korea had a bit of fun with all those females that swooned over him? Do you think those same females would be scared to say no?

15. Do you think it is time for American Presidents' to just leave the Israeli/"Palestinian" thing alone?

17. Why are we still talking about the "flight."

18. Is selling furniture an honorable profession?

19. Do you think "The Voice" is the only variety contest type show that is worth a damn?

20. Would most fellas have (or want to have) relations with Shakira if the opportunity presented itself? It won't of course but what is the harm of conducting a little survey on the matter?

21. What is a White Hispanic? What is a "battlefield suspect?" Why does this strike me as drivel made up from the extreme left of the American "media?"

22. Do you think that the Very Reverend Sharpton looked better as a portly man? Seems to me he looks a bit like what some folk say a space alien looks like. Far be it from me to make sport on one's appearance though.....

23. Did you know that there was a Confederate General Officer name of Bushrod Johnson? Since I don't have a son I am thinking the next male animal that my better half "saves".............I did once name a doberman "Jubal Early" after a rather acerbic Confederate officer.  May they (the Genl and the canine) rest in peace. Contrary sons a bitches both...

25. Don't you find it silly that a large number of the Texas politicians have to be seen in some sort of asinine ten gallon hat? Some of them probably have worn a fraternity beanie much more than real man garb.

Enough. How about some Rule 5? This lovely lady has been working a good bit in advertising of late and you have probably seen her on your television. Here and there as it might be. Presenting the lovely Alexandra Chun for you viewing pleasure. 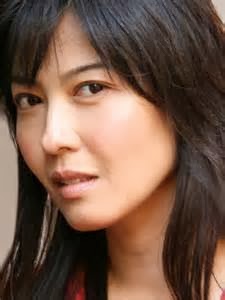 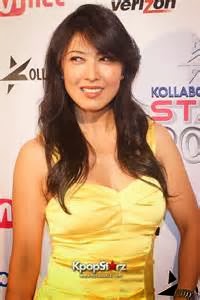 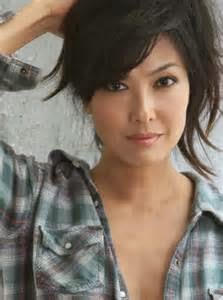