News You Can Use This Fine Saturday Morn

There are quite a few earth shattering news stories out this morning. Events unfolding of high importance that should not be ignored........


I believe I have mentioned in an earlier post that Walker; Texas Ranger has endorsed Newt. His right to do so I suppose but c'mon; do any of us really want a president named Newt?

It seems that Michael Moore is at it again. Does this blubber butt ever shut up? Now he tells us that the United States was "founded on genocide and built on the backs of slaves." He has a point there, (although slaves did not "build the nation) but it is really nothing for us to be concerned about. The history of the human race and by extension, the history of a nation state, is a story of subjugation, violence, and yes even genocide. The way of the world Michael. Why do you feel so guilty about the "sins of the past?" Perhaps you should head on over to Russia, China, the UK, Germany, etc. etc. and preach to those folk about their respective history. Michael Moore, sir, you are a boob.  Funny how this Moore has done real well here in this country bashing the same. Isn't it? I say, "Take your act somewhere else (ya cocksucker ya) and see how that works out for you."

Well NASA has debunked the Triangle shaped flying objects I guess. Something to do with the "laws" of physics or some such. OK  I suppose it is far more likely to catch a glimpse of long deceased Uncle Al masturbating still on the front lawn than it is to actually see a real alien space craft; but do we need to discount the possibility of intelligent life from somewhere else making a visit? Here and there as it might be? Probably not. The folks at NASA are not any different that any other group of scientists. What they think they know is a totally different matter than what they really understand.

Did you know that in one Mexican state more people have lost their lives in the last year than in the "war torn" nation of Afghanistan. This is happening right across our border folks and yet we still do really very little in the way of securing our southern boundary. Our political class are afraid of being labeled "racist" I suppose. Is it "racist" (Hispanic is not a race mind you), to keep Mexicans (and others) contained in their own country? It just might be and it does not matter a whit. It is a national security issue and we need politicians with cajones enough to put America first and just let the screechers holler "racism" all they want.  If there is one place we need "jack booted thugs" on duty it is our border with Mexico. What we don't need are these same thugs wandering around a Georgia SSI office bothering folk.

It looks like a whole lot of politicians are "reconsidering" their support of this SOPA thing. Really? The very real spectre of getting voted out of office stared them right in the face and they flinched. Imagine that. Now I am glad the whole "online piracy" thing has been, at least for now, stopped in its tracks. I understand and agree that piracy is a huge problem but there will be times (and this is one of them) that real choices have to be made. The Internet is freedom and should not be tampered with and yes there are those in the music and film industry who will lose money in the process. So be it. None will go broke I would wager. This nation stands at the forefront of espousing liberty and freedom and if something became law that even remotely could be seen as censorship would be a travesty and (further) expose us as hypocrites.

The whole SOPA thing is very similar to the gun control issue really. Do we continue to further "restrict" the right of law abiding citizens to own firearms for the sake of "our own safety?" We should not. Do we really want to censor the Internet for the sake of a few? Not that either. It is a question of freedom and liberty. That alone should trump any other consideration. But, that being said, I will imagine that we will be revisited, sooner rather than later, by another push to implement some sort of censorship. Just the way it is.

Now it is being reported that one "outraged" Chris Dodd, late of Congress, has been hired as a "consultant" or some such by the motion picture industry. Is he not trying to skirt some sort of restriction on "lobbying" after leaving the hallowed halls? Perhaps some serious investigative work is in order here. Perhaps Mr. Dodd will find himself sitting in the pokey somewhere before all is said and done. Doubtful of course but one can certainly wish. Can't they?

That is about enough for one sitting I would think. Oh enjoy a bit of  rule 5 before you go. 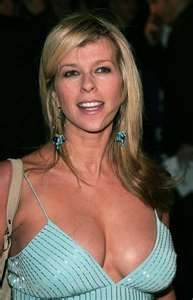 Posted by Bartender Cabbie at 7:22 AM

Email ThisBlogThis!Share to TwitterShare to FacebookShare to Pinterest
Labels: Ranting

"but do we need to discount the possibility of intelligent life from somewhere else making a visit?"

Discount it? Probably not. Likely? Also probably not. Think logically. Why would they lurk around watching us for decades and not reveal themselves? People, really. We are not that interesting.

"Now I am glad the whole "online piracy" thing has been, at least for now, stopped in its tracks."

Not so much. The government shut down Megaupload and confiscated all of the company assets based on the accusation that some copyright violation was occuring at that site. No court order, no trial, no conviction, merely the charge made and the website is gone and the company and all of its bank accounts are gone.

The government no longer needs the rule of law in order to act.

Good Point last paragraph. It is interesting that the arrests took place in NZ. One would think that the authorities there would just tell us to get out of town.

The arrests were made in NZ at the request of the US, and the arrestees will be extradited to the US. The property confiscated was almost entirely in the US. Note that the property was confiscated based on the charge of copyright infringement, not conviction in a court of law.

A car which is pulled over and the driver arrested for "possession with intent to distribute" will be impounded and may be sold by the arresting agency, with the agency keeping the proceeds of the sale. If the person is later found not guilty the car and/or proceeds of the sale is not returned. If the car is owned by someone else, the owner is shit out of luck.

Is this a great country, or what?