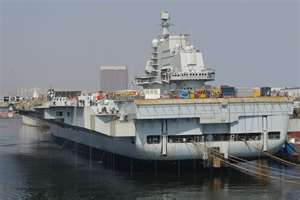 Well the XMAS buying season has come and gone, although there are a lot of "good" deals out there now that the big rush is over. Go on down to your local evil empire and check it out if you don't believe me. It is sad that a goodly portion of the deals that can be had are produced in the PRC. It is not like most are made in China by Chinese companies mind you. Nope, most is made by American firms who chose to take advantage of slave labor at the expense of the American worker. I would wager that a good portion of the "proceeds" from the sale of their junk goes to fuel the progression of the Chinese military. Could be wrong. But I'm not.

So go ahead and riot over your Air Jordan shoes or whatever new electronic gadget is in vogue. Buy that crap and you are funding the rise of a nation that certainly does not have our best interests at heart. In fact they are likely hell bent on our demise.

This is what your hard earned dollars are paying for. It is not United States' (or even that of our allies) military equipment.
Posted by Bartender Cabbie at 8:31 AM

"In fact they are likely hell bent on our demise."

They are bent on nothing of the sort. They could care less about our freedoms or our way of life, they are as indifferent to us as we are to, for instance, Brazil. Further, we are a large percentage of their export market, as well as the fact that they have huge sums invested in our markets and in our government debt, and destroying us would wreak havoc on their economy.

Perhaps you are correct there but it is imperative that we do not continue to "export" manufacturing jobs to that (or any) country. We are shooting ourselves in the foot.

I am not so sure if they are as indifferent to us as you may believe. I am not one who sees a military conflict with them in the foreseeable future, but believe that they are quite concerned with our presence in Korea, Japan and the surrounding seas.

Our presence in Korea, Japan and the China Sea is something else altogether. Being "bent on our destruction" and wanting our military forces to get the hell off of their doorstep are two rather different issues.

I think we should get the hell off of their doorstep. I have always been one of the "biggest kids on the block," was 6'3" 235# and played linebacker in high school, and I never felt the need to prove it by picking unnecessary fights.

Of course, when I was in the Navy, on liberty, less than entirely sober and a Marine walked into the bar where I was... I never won one of those, but that never prevented me from picking them. Not stupid, merely stubborn.

I think we remain in the region as a result of WWII. The psychological effect of the Japanese move to dominate the region still lingers perhaps.

I was never a big guy myself but always seemed to be ready to scrap. I enjoyed it in my younger days but came away with very few victories. I don't want to scrap now with anything more than an Irish Coffee.