It seems there is a lot of blabbering, wailing and braying about some societal problems that are easily addressed. Gun control, immigration "reform" and the complicated  tax system come to mind. For the most part these are easy fixes but I am rather certain that my plan would not pass muster with the leftists or most "conservatives."


The gun control "conversation" is not going away. Ever. The leftists want you and me disarmed and will stop at nothing. In reality there is already "gun control." Have you ever had to stand around waiting, after you filled out nonsensical paperwork, while the dealer gets "clearance" for you to actually make a purchase? Pretty sure you have. This is gun control. There are already laws on the books that are designed to prevent those who are not worthy of the right of gun ownership from actually owning a gun. Now the left wants more with the ultimate aim of depriving you of your rights under the 2nd Amd to the Constitution of the United States. This is no secret. What is the "fix" to the gun "problem?" There is none. Leave well enough alone. Enforce the laws that are already on the books. Gun shows and private sales where there is no background check? Oh well. That's showbizz hoss!

I would be remiss also if I did not mention that there is no such thing as an "assault" weapon unless it has capability to fire "full auto." What the leftists are calling assault weapons are, for the most part, nothing more than sexy looking deer rifles.

When the leftists finally get their way and attempt to disarm the populace one must be prepared. The only real fix to that problem is to have your weapons (undocumented if possible), and a stockpile of ammunition. Then of course you just ignore any federal, state or local law that deprives you of your rights as an American.

Right now "immigration reform" is the hot ticket item on the circuit. The Republicans and Democrats are bantering back and forth about the best way to "fix" the problem of "undocumented workers." They already tried amnesty back in the 80's, supposedly a one time thing, and yet they still keep coming. A complicated issue they say. Nonsense. A simple fix.

What to do with all the illegal aliens that are already here. A bit more complicated perhaps but again this is a national security issue and hard choices should be made. I would imagine that some sort of "grace period" of say a month would be allowed for illegals (not already in custody) to get their affairs in order before heading home. Seems fair. For those who chose to stay and try to game the system? After the grace period has expired it would be time to move into the second phase of enforcement. A two year stint in prison for the first offense and a five year term for the offense of trying to return illegally. One would have to be pigheaded to try for a third time, but there will be a few.....For those a ten year sentence.
Costly? Yes. I am also not generally an advocate of more prisons. On the contrary.This "prison industry" is a real problem in this country but again we are talking about a national security issue. A great deal of the cost could be mitigated by releasing those (who are American citizens) imprisoned for minor drug (usually marijuana) offenses.

Of course "my plan" would be seen as racist by a great many. So be it. At this time our country needs no more "undocumented workers." It matters not where they hail from. We have problems enough.


The tax system is ridiculous. Ridiculous. Many corporations avoiding (evading) taxes and a great number of people paying nothing at all. Something wrong there. A "fair" tax would be some sort of national sales tax that we all, not some of us, but all of us, would have no choice but to participate in. There could be few exemptions. Most staple foods, medications and housing could be exempt but not much else. A poor family or the frugal could probably get away with keeping their tax bill rather low. Of course this would also mean that the "poor" would have to pay for non staples the same as the rest of us and that won't fly with most leftists. I can already here the wailing. When you tell a welfare queen that she can't get her daily ration of Kentucky Fried there will be trouble. Restaurant food will be seen as a non staple and would be taxed of course.  Corporations? Every purchase made would be subject to the national sales tax.

What is the alternative? More of the same. The IRS will still be a dangerous power and armies of "tax professionals" will continue to lobby to keep the system as complicated as possible. Job security for them and a hosing for the rest of us. A national sales tax would be one way to clip the wings of the IRS and put the tax lawyers and other assorted scum looking for other employment. Sounds like a win.


Of course none of these things will ever come to pass. Pretty simplistic solutions but then again these problems are not likely as complex as advertised. They do however require that those with the intestinal fortitude to do what is required implement them.

Good luck with that. 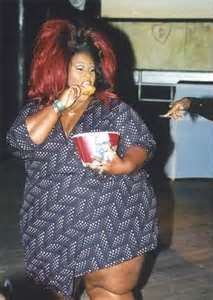 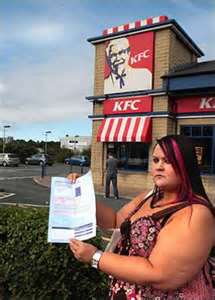 Posted by Bartender Cabbie at 5:36 PM

It's said that, "Well, we can't possibly deport 12 million people." Oh really? Why not?

"But some have babies born here, who are citizens, we can't break up families." Here's how that works. The kid can stay, or go. That's his choice or yours, but you are leaving. If the kid goes with you we give him a passport and he can return any time he wishes without let or hindrance. But you are here illegally and you are leaving.

We do not reward someone for breaking the law by granting them the proceeds of that illegal act.

agree fully. deportation is an option that the political class does not have the stomach for.

"deportation is an option that the political class does not have the stomach for."

deportation is an option that the political class does not have the courage for. Fixed.