Questions From The Cab

I know the answers to most (but not all) of the following questions, but some folk don't.  Some are important questions that need to be addressed and some, not so much.

If a proctologist accepted only female patients between the ages of 18-35 who also weighed in at under 135 lbs; what would that tell us about the proctologist?

If it came to light at this late date that Obama was indeed not legally qualified to be POTUS; would anyone in govt. insist that he pack his gear pronto?

Will a few "protesters" get to leave their teeth marks on a police baton during the upcoming NATO summit? Will anyone really care?

If Hymie Finkleberg lived in Glenmora, La. instead of NYC would the Very Reverend Jackson get to call Glenmora "Hymie Town?"

Is the current war in Mexico more dangerous to the United States than any combination of Mohammedans? North Korea? PRC?

Is the TSA out of control?

Is Rosie O'Donnell a Sasquatch? (I personally go back and forth on this one. My position is evolving.)

Would two, three (or four)  Ellis Island type facilities along our southern border be a wise move? Would it also not be prudent to militarize and fence most of the region?

If there was a major conflagration that culled the herd; would it not be wise to do everything militarily possible to ensure that the part of the herd culled is not the citizenry of Western Civilization?

When communism finally falls in Cuba; wouldn't it be nice if it becomes again a tropical Las Vegas?

Would it be stupid for Israel to relinquish the Golan?

Are most members of the so called "Muslim Student Union" not only anti Israel but anti American as well?

If Slick Willy would have authorized the assassination of Bin Laden; would the attacks of Sept 11 have occurred?

Is Sheila Jackson Lee a dumbass? Wait. Scratch that one. It is too easy.

Do some of us still wonder what talk show legend Michael Berry was really doing the night of the little incident at the club?

If Texas Agriculture could not compete in the Big Twelve on the football field, how on earth do the faithful think they will fare in the SEC? (Those silly Aggies).

What is Kevin Sumlin thinking? (There is not a Case Keenum in College Station to make him look like a brilliant head coach).

Is the SEC (consistently) the best conference in college football?

Is there any "sustainable" energy that really will work out for us long term?

Will Keith Olbermann ever find another gig?

Is their something to this Mayan Calender thing?

Should mercy be shown to this Pollard by just releasing him from prison and transporting him to Israel?

Is Bill Ayers a terrorist?


How about some Rule 5? Melora Walters OK with you? 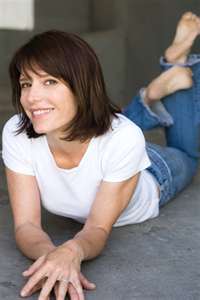 Posted by Bartender Cabbie at 4:48 PM

If the U.S. government is committed to giving away materials to people who are in need, wouldn't it be right to give to AMERICAN CITIZENS first ? I don't have it in for foreigners, but I think charity should begin at home.

Did Adam and Eve have belly buttons?

If one follows a liar, why is one surprised when one is lied to?

We cheat the other guy and pass the savings onto you. = Motto of the new and improved RepublicanT Party