I had rather forgotten about the Texas State Democratic Party convention that is apparently cranking off in Houston this weekend.  I have been busy and just have not paid all that much attention to what passes as news these days. Hope they have fun and spend and spread the wealth around a bit. Stimulate the local economy as it were.

I fondly remember doing some bartend type work for a major Democratic Party event a few years back. Or rather fondly at least. The job was exceptionally busy as I recall and there just was not enough bartenders to accommodate the drinking crowd what with all the time spent building the foo foo drinks that these folk seem to enjoy. Only the limousine liberals would drink the regular old scotch and water or Crown and Coke. Those concoctions were probably just a bit too Republican and exclusive for most in that crowd. It was at one of these Democrat get together that I learned how to make a Wiki Wacky Woo. (Yes it does sound a bit beauty shop queenish). When everyone wants a Singapore Sling or had crafted margarita it just holds up the line and those in line tend to get antsy. Even the most "tolerant" and "inclusive" among them don't like to wait long for their alcohol. I guarantee that.

With all that being said, these Democrats from the far reaches of Texas may get the privilege of a Dumbass Sheila Jackson Lee encounter. However they will then be so unfortunate as to be subjected to her delivering a long winded speech. I would imagine that even some of these folk will think to themselves that "this woman is an idiot." I am sure of it. They shouldn't let that bother them though. They should look at her as we in the Houston area have learned to do and consider her high comedy. Almost a gift really.

I will say though that working a Democratic gathering is more fun (and profitable) for a service bartender than working a Republican get together. Democrats are a more diverse crowd and therefore more interesting to watch. Republicans all seem to look (and act) basically the same. (I think some are actually aliens. The space kind). They also do not seem to tip very well for service rendered (as is customary). Democrats can range from the man hating lesbian activist types to those ultra rich limo liberals who show up with "escorts," both male and female, on their arms (oh yes they do).

At any rate, the last Democratic gathering I worked saw me walking away with just under 400 of dollars in tip money. Something to be said there. Not bad for a nights work.

I have never worked a Democratic gathering as a taxi driver. As with any other major gathering it would be profitable sure. The Montrose area is just a few short miles away for both the overtly and covertly happy among them, and Houston is rich in out of the way spots to recommend for the after hours sports among the crowd. 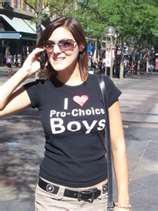 Hopefully it will be somewhat better than this for those Democrats who are inclined to poon gaze. With the convention being held in Houston I am sure of it.

Posted by Bartender Cabbie at 8:44 AM

There is probably no group in the world who is less self aware than Alcoholics Anonymous, who held their worldwide convention in San Diego a few years back.

News flash. Virtually none of the groups that hold conventions "get drunk and create problems" in San Diego, they go to the beach and if they get drunk they do so rather quietly insider their hotels.

And the restaraunts hated you idiots, precisely because your bar bill was zero. You sat in restaraunts all day drinking free refills on your coffee, ordering near as dammit no food, and leaving miniscule tips. Customers upon whom the restaraunts could actually have made a profit could not get in because you were filling the place up having "fellowship."

Nothing is detested worse in the hospitality industry than teetotalers. They tend to be demanding and non generous. Rowdy drunks are annoying but at the end of the night a succesful tip out can be worth putting up with nonsense.
Same thing with the anti smoking commandos. No smoking "laws" can leave a nightspot rather empty. It does happen.

Yeah. It wasn't their behavior that annoyed me. They are who they are, and there is a very good reason why they (we) don't drink. What got to me, and eventually led to me sort of fading out of the movement, was the endless self adulation about how wonderful their conduct had been, how superior to other conventions they were, and how much the San Diego public "loved them."