Truth and Questions From The Cab 9 With Rule 5

There is a lot going on and a lot of it is not so good with some of being downright ridiculous. I again and as usual have some hard questions that need to be asked and some observations that need to be made. I have not decided on the Rule 5 theme for this rendition but am kinda thinking it might be worth sticking around for. Or maybe not.

2. How long before young "Johnny Football" gets his clock cleaned do you think? There will be a cheap shot "welcome to the NFL" type hit coming soon I would wager. Perhaps before the preseason games are even concluded. Why? Because he is an idiot and folk don't like him. They just don't like him.

3. Have you found yourself wondering just how much cash the Very Reverend(s) Jackson and Sharpton are making in the latest fiasco? Yea talking about that Missouri thing. Don't they have enough to do leading their respective church congregations? What? Oh.

4. This ISIS group is not one to fight with a hand behind a back. The only option here is for no quarter extermination. Nothing less will do likely.

6. It is never ever a good idea to mention to Houston Texans fans that Mr. J.J. Watt has a lot in common (on the field) with a hot dog from an earlier era - one Mark Gastineau. It is especially not a good plan to mention it to a rabid fan that  happens to be one's better half. BTW where is the "x" on the end of Gastineau?
I suppose it would be fair to mention that J.J. Watt, good as he is on the field (but a hot dog none the less), is in real life not an idiot as Gastineau surely was as a younger man.

7. There are a number of Brits fighting with this ISIS crew it seems. One of them I believe was the executioner of the American journalist Foley. Is it a good thing that these "British" Muslim fools are openly waging Jihad in the ME instead of quietly plotting some horrific deed on the Isles? Wait. Good money says they are plotting evil on the UK.

8. Would it be non PC to point out that for Europe to survive it will have to put a halt on this migration from the Muslim lands? Perhaps even begin deportations? You know the answer to that don't you? I think you do.

9. That small "wiggle room" I have spoken of in previous posts concerning Russia are something to think about. Unfortunately for the Ukrainians the "wiggle room" is to be at their expense. Keep the resurgent Soviet regime contained and constrained, encourage her enemies to cause problems, but be smart about it. Ukraine is not in NATO and should never have even been considered. John McCain is just plain nuts.

10. That whole Missouri thing is out of hand. Of course the officer is being demonized and judged guilty before the facts are even known. Word to the wise - police officers in general just don't go to work thinking that they are going to just shoot someone down today. I know this to be true and I am certainly no apologist (or fan) of the police in general. Before all is said and done I would wager that this will be judged a justified shooting. It won't matter of course. The usual suspects will fan the flames, preen for the cameras, and someone else will could their life before they move on. Just the way it is.

11. It sure has been a quiet hurricane season in the Atlantic and Gulf. Things might be heating up a bit though. A hurricane is a huge pain in the ass but at least you can see them coming. Don't  listen to the "experts" on where the thing might go though. Ever!

12. Why is it that just when you think you are getting ahead a bit financially something major rears its ugly head and kicks you in the cock? Happens to everyone it seems.

13. Did you know a minimum wage worker in Seattle makes more per hour than a chemical trucker? So if a truck driving man happens to be delivering some heinous stuff in that fair city and stops in for a cup of joe, the person behind the counter will be making a better wage than said trucker. Something wrong there..

14. Have you noticed that our nation's educational system seems to get more convoluted year in and year out although we have so many "Doctors" of Education roaming about? What does that say? I would wager that these "experts" in education are causing as much harm to our system(s) as many an MBA does in our nation's business community. Why? Your guess is as good as mine.

15. Apparently we have no "strategy" in place to deal with this ISIS crowd. Our POTUS said so himself. Not sure why he would announce such for all the country (and world) to hear but ....Are you also scratching your head here?

16. Can anyone tell me just how to go about getting one of them thar Obama phones? Tired of paying for my service frankly and besides, I want to buy other big ticket items that I can't afford. Why should I have to pay for a phone when they are just giving the damn things away? What? There is some sort of financial threshold to qualify? I was hoping for at least one benefit from this disaster that is the Obama administration.

17. Texas Agriculture sure put a whoopin on Spurrier and CO. Did not see that coming right out of the gate. Did you? I don't quite know yet if I would rule out South Carolina making a bid for top dog in the SEC. The college football season has begun and I for one and happy about it.

19. Apparently being a UN "peacekeeper" in the ME is rather dangerous business of late. Some Philippine troops have been attacked by Islamist militants and some Fijian troops are missing.


Enough for today...In honor of the 2014 college football season, how about a few cheerleader types? 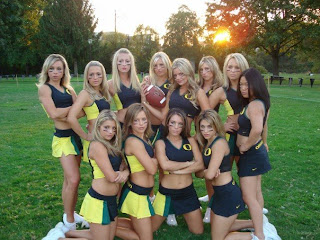 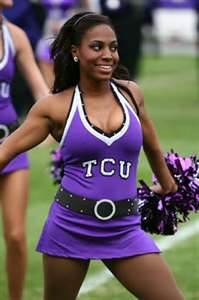 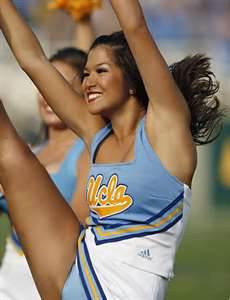 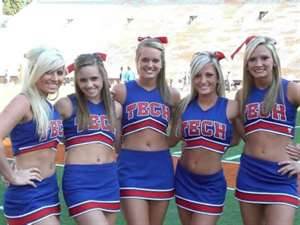 Posted by Bartender Cabbie at 6:58 AM