Truth and Questions From the Cab #7 with Rule 5

As usual there is a whole lot of things going on around the world and most of it bad. That being said it is high time for some truth and a few questions - Bartendercabbie style...

2. Young "Johnny Football" has not even thrown the first pass in the big time and already he is making a fool of himself. Cleveland needs a top QB in the worst way but this lad may further damage this bottom of the barrel program.

3. Realpolitik might dictate that the U.S. and the West just let the eastern part of Ukraine go. The folks there seem to identify with the Soviets and nothing short of genocide will likely change that. The nation state of Ukraine is risking a real war with Russia over this and, hard as it might be for Ukraine, they may think about just giving autonomy to the Russia speaking crowd. A war with a much larger and better equipped nation could sprout from this and the outcome would be easy to predict.  Russia needs to be contained certainly but Eastern Ukraine may not be the place to make that stand. No this is not  "peace in our time" type of appeasement but realpolitik in the first degree. To put it bluntly - Eastern Ukraine ain't Western Europe and is not worth fighting for.

4. The fighting in Gaza has reached a point where it is becoming a public relations nightmare for Israel. They should ignore this however and press on until Hamas is neutralized. Keep fools and nincompoops like Kerry, Obama, and company at bay and, at the very least, destroy the "military" capability of Hamas.

5. Folks have pointed out that some of the UN (and US) money that makes its way to Gaza goes right into the Hamas till. Does this mean that the UN, US, and others are indirectly (and perhaps directly) funding a terror organization? You know the answer to that don't you? I think you do.

6. What needs to be done with the ISIS crowd? (You know, those fine folks that have a penchant for moving their fellow citizens back to the dark ages (when they are not killing them)).  At some point they will have to be crushed by someone. Simple as that. Or do you disagree?

7. George II should have left one S. Hussein in power.You know for balance of power and all that. Kind of late for that now. Isn't it? That ship sailed long ago.....

8. What is in a name? Nothing really, but don't you find it odd that the citizenry of this nation actually voted for a man (not once but twice) with the name of Barack Hussein Obama? Sounds sorta strange doesn't it? I don't think we would elect someone with the name of Heinrich Himmler Jones for any elected office no matter their party affiliation. Just be too weird. So how folks elected this Obama is a mystery to me. Wait, scratch that. I remember now.

9. Turkey will need to get back in the fold and ditch those Islamists that are "in charge" now. Why? The reasons are obvious. For starters radical Islam is a problem anywhere it sprouts whether that be Turkey, Iraq, or Dearborn, MI. Secondly (and perhaps most importantly) Turkey is a stalwart in containing Soviet err Russian aspirations. The Turks scare shit out of Russia and they need to stay affiliated with the West. Of course if Turkey does go the full Islamist route they will still be a potential, perhaps even more dangerous, problem for Russia but also would be a dangerous problem for nations to the west. Maybe Ankara should be made to understand that Constantinople would be forfeit if they continue to swing toward radical Islam? Just floating a trial balloon on that one. Why not? Everybody else does. What's that you say? Constantinople is no more? You say tomato I saw tomahhhhhto.

10. Are the Islamists that reside within the borders of Red China and Russia causing havoc be what we would call "good" Islamists? Is there even such a thing?

11. There are more Muslims at the Houston Galleria than there are on the Gaza Strip. Many of them seem to enjoy ice skating while wearing their "Free Palestine" t shirts.  I  believe there is money to be made by them, a business opportunity as it were, by putting on some sort of "Palestinians on Ice" show. Of course the proceeds and profits would be funneled to Hamas or some such (frankly Islamic Jihad just sounds much cooler but that is just personal opinion). What else could they do?

12. Yes yes I know that Hannity is often right on many subjects, but don't you find him to be somewhat of an ass?

13. Same could be said for Houston talk show "great" Michael Berry. Right on the money on most subjects but an arrogant ass none the less. At least folks don't speculate what Hannity was really doing in a rough trade gay bar (and subsequently allegedly banging (no pun) into someones car) after a difficult day at the office or whatnot. Same can't be said for Berry.

14. I have heard some folks say that John Kerry served in Vietnam enough times to believe it to be so.

15. To update the status of Dumbass Sheila Jackson Lee it must be noted that the other day she supposedly said that no one was interested in impeaching George II. It is interesting that she was the one leading the charge in that direction. Her "spokesman" said she just misspoke. It is a shame she didn't say anything outrageously stupid and comical this time. She was just "mistaken." She needs to step up. We need some comedy in these parts.

16. The college football season fast approaches and I for one am looking forward to it. General consensus is that the top spot will come down to Oklahoma, Alabama, and FSU with perhaps Oregon, Michigan State, Ohio State or Auburn in the mix. This will perhaps be the top seven (in some order) but I for one would not rule out UCLA or Stanford.

17. The unfair and ridiculous BCS (not to be confused with the awesome Bartendercabbie System) has finally run the course. What is in store now is really, let us be honest, not much better. Either go with a real playoff (as the lower divisions do) or just go back to the old bowl system I say.

18. If your company is more interested in their employees "continuing their Enneagram education" instead of moving in the right direction then it might be time to look around. What is this Enneagram you may (or may not) ask? Some sort of pseudo scientific new agey thing masquerading as psychology (or something). May or may not get into this at another time.

19. The pressure is on for the Washington Redskins to change their name. The clamor has quieted down a bit of late but you can bet it is not going away. Taking a cue from all the politically correct nonsense, the Houston Independent School District has changed the names of a couple of schools. One was known as the Rebels I believe and another was some sort of Indian (tomahawk not dot) thing. Don't recall what the new names of the schools are, it falls into the "who cares" category. Political correctness run amuck is a problem in this country. Incidentally a district a few miles south of the big town (but still in the Houston, Galveston, Sugarland metro area) has no plans to change the name of one of their schools "at this time." I believe that school is also known as the Redskins. These folks appear to be standing their ground as it were. Hopefully the pro team in DC will do the same.

20. Is there any movie that Nicholas Cage has not been in?

How about some Rule 5? A couple of Asian movie actresses acceptable to you? 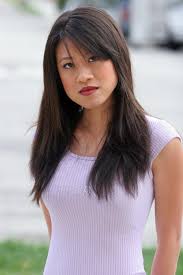 Posted by Bartender Cabbie at 10:32 PM

Always had a weak spot for Asian gals.

Don't think you are alone there