Truth and Questions From The Cab #4 With Rule 5

It has been a rather busy week work wise. We have an internal audit coming up which does really nothing more than disrupt operations and make for a very long couple of days. A new man is coming in also (to replace someone likely..hmmmm) and of course he will need to be trained up. Not sure if I really want to however, this outfit is notorious for bringing on friends of upper management and displacing the incumbents. Seen it time and time again in the short 15 months I've been with these folk. No matter. Standby for some truths and hard questions and some (again Asian) Rule 5.

1. Dumbass Sheila Jackson Lee is a dumbass. Nothing can be done.

2. I learned today from Donald Douglas over at American Power that perhaps, just perhaps, the monster band Led Zeppelin pilfered the opening riffs of Stairway to Heaven from a band known as Spirit. Say it ain't so.

3. It is being reported (H/T to Gary Fouse) that one St. Thomas University (MN) (The real one is in Houston) has banned a camel from campus for some sort of sophomoric "hump day" celebration. The reason of course is that it might be offensive to some folk or other. Interesting. I don't see it. Now if they had bought a real camel jockey to ride around on the creature, would it offend the camel jockeys on campus that a real camel jockey is riding around on same? What? Valid question.

4. Isn't it time for little Chucky Schumer to go? It is reported that he would like to place IRS debts in the hands of private collections agencies. It is further reported that some of these collections "businesses" that are interested are in his state. Interestingly enough I field calls from collection "agents" near daily looking for this driver or that. I can get pretty rough with them sometimes in an attempt to keep them from calling. Just by asking a female collections type what size her brassiere is will almost guarantee a hang up. I wonder what size Schumer's is.

5. The Vietnam/Red China dispute is likely at least as dangerous as the Russian Bear pretending she wears pants. Red China really does wear pants.

6. Doesn't that Chris Hayes guy have a kisser that sort of invites a whack with a stick?

7.  None of my cats would chase off a vicious dog that was on the attack. Have you seen that video that is making the rounds?

8. What the hell kind of name is "Toure?" Why is what he says even taken seriously by anyone? May as well have 50 Cent or Snoop Dog on MSNBC. At least we know what they are about.

9. Why do these folk that run for office in Texas always have some deep voiced Sam Elliot sounding type as the "narrator" on their political spots? Are we supposed to think that just because the voice actor is deep throated (no pun intended - well maybe) that he is supposed to be taken seriously? A no nonsense open range type guy the candidate is I suppose is what we are to take from this. Not quite as ridiculous as the ten gallon hat schtick but ridiculous none the less. Well maybe not. I can't imagine that in Texas anyone would use a voice actor who screeches like Perez Hilton. Not even a liberal and not even in the Austin market.  Leave that for San Francisco Bay area......

10. Is selling furniture an honorable profession?

11. The problem with trying to quit smoking is that even when switching to a brand that one hates, one begins to at least tolerate it and looks forward to an occasional pack of the brand of personal taste as a reward of sorts. I'm a weak man apparently.

12. I still don't get Facebook. Do you? Twitter also seems sorta silly after a time. May as well be having a conversation with a cat as with Twitter "friends." Plus everybody seemed to be getting boob shots sent to them on this Twitter thing but me. What is up with that? Course I never asked.........I should be proud of that I suppose. I've been done with this Twitter for over two months and all is well.

13. I'm taking bets on how long "Johnny Football" lasts in the big boy league. Great talent no doubt, but the NFL ain't college (not even the SEC although it is about as close as one can get I suppose). His habit of running all over the place sure will win college games but can get a QB maimed in the pro ranks. RGIII may have learned that one.

14. I was invited to see the Astros play "baseball" upcoming. Pretty sure it won't be standing room only.

15. Should we keep our distance from supporting the aspirations of the Kurds so as not to upset our NATO "partner" Turkey? That might be a shame as the Kurds seem to be about the only folk among the vast array of Mohammedans worth supporting. Problem is Turkey scares shit out of Russia and she needs to be on our "side." At least marginally. Hard and sometimes unpleasant choices need to be made at times. Geopolitics 101.

16. Even though the Russians appear to be supportive of Red China on many issues it may be likely that they are quite fearful that the Chinese may be quietly looking as much at Russian territory for expansion as they are in the oceans. Appeasement won't help the Russians with China any more than it helped the West with old Adolf back in the day.

17.  I'm pretty sure that the white supremacist band "Stormtroop 16" is not the pride of Sacramento as advertised. I studied some of these type bands (mostly European) for some class or other concerning social deviance. It cause quite a stir with some when I compared these type "musicians" with their counterparts in the urban community. Apparently some just can't be racist (or at least some racism is to be "understood") while the other is just pure racism. So they say .......

18. When I watch the manly sports of motocross, bull riding, or even hockey, I sort of begin to wonder just what all these NFL types are crying about. Don't you? You don't see hockey players all pussing around concerning the possibility of getting hurt. Do you?

19. Is cable or satellite television really worth the money? Hundreds of channels and nothing on quite a lot of the time...

20. Most folk think Karl Rove is a scumbag I would wager, but didn't you find it funny when he brought up the question of H. Clinton and the possibility of her sustaining brain damage from her accident? I think you do. Whatever you think of Rove or H Clinton for that matter, it was a brilliant little jab to insinuate that she was being treated for brain trauma while, as some believe, hiding out from hard questions on the Benghazi episode.

Rule 5 time.....This lovely lady is one Diane Mizota. I first noticed her as a dancer on the watershed film Boogie Nights. She must have been something for an extra bit player to catch my eye and wonder about for quite a time. Ms. Mizota has since appeared in quite a number of other films (including one of those Austin Powers things)) and has an understated beauty about her. Enjoy... 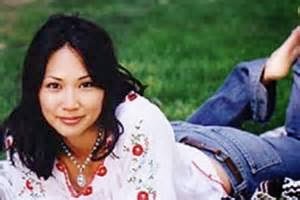 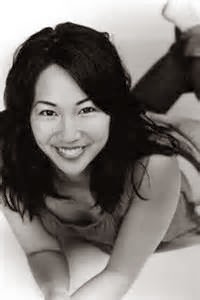 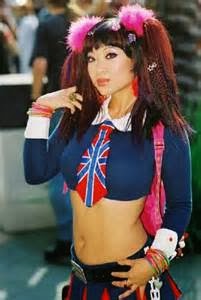 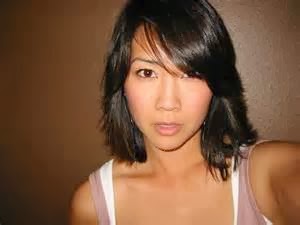 Posted by Bartender Cabbie at 9:26 AM

Yes. Ms. Mizota would be welcome at any hump day celebration I host.