How Hard Would It Be to Screw Lil Kim?

There is a lot in the news lately concerning the rogue state of North Korea and the obviously psychotic personage that is supposedly leading that sad land. The heated rhetoric that has of late been forthcoming out of Pyongyang is, in all likelihood, more of the same that we have heard for years. Probably nothing to get all excited about. Or is it?

The United States is taking the rhetoric at least somewhat seriously. Guided missile destroyers have deployed (and are deploying) to the waters of the region. Anti missile batteries have reported to have been deployed forward to Guam and there are reports of the same manned and on duty on the Hawaiian Islands and parts of Alaska. Could it be that our "intelligence community" really has very little idea of the real capabilities of North Korean rocket forces? That would not be surprising.

Discounting the unlikely missile launch against the United States or her possessions, what would a modern conventional war on the Korean peninsula look like? Number one, North Korea has a massive amount of artillery and would fairly quickly be able to make Seoul look so much like Stalingrad. We probably would not be able to stop the destruction without the timely use of certain weaponry. There would be a massive human wave offensive southward, which would most likely bog down rather soon as modern arms made short work of the North's command and control structure. Still the North will make progress and the war would have the potential to be very bloody.

In short, the North's meager naval forces would be swept from the seas within hours as with her air assets.  Her ground offensive would be stalled and fall apart within days with hostilities ceasing within a couple of weeks. In the meantime there would be many thousands of people killed and it would be a conflict quite different from the conventional battles with the Iraqi army. The North Korean soldier may (or may not) be inclined to fight to the death in contrast to most (but not all) Iraqi conventional troops who were satisfied with token resistance and surrender. Of course the conflict could drag on for a very long time. It is possible that Red China may even be dragged into the fracas. There are no guarantees in war. A dangerous situation.....

How could the U.S. end the war decisively and quickly with as few friendly casualties as possible? The easy answer would be tactical nuclear weapons to halt the North's offensive in its' tracks. Then selected targets in the North could be degraded in the same fashion with the same weaponry. The political dangers to such action may be too great for the Obama administration to risk however. With a potential enemy just to the north of North Korea and our Japanese allies nearby, (not to mention the whole of South Korea), it might not make political sense to resort to very limited nuclear war on the peninsula. It is a double edged sword and a conundrum and likely one that Lil' Kim is quite aware of.

How easy would it be to limit casualties, end the war quickly, and at the same time screw Lil' Kim? Due to the aforementioned geo political considerations it might not be as easy as one may think. Oh. You were thinking of another Lil' Kim perhaps? I'm pretty sure screwing that one would be rather easy. There may be a line or waiting list of some sort. Personally I can't see why that would be the case..........I guess some people have a strong stomach. 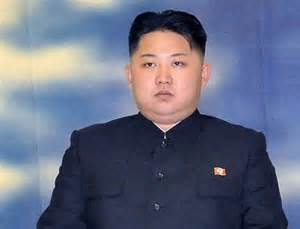 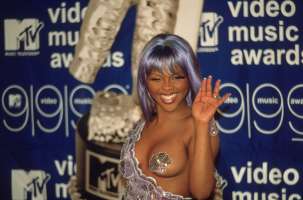 Posted by Bartender Cabbie at 6:05 PM

We know very well that North Korea's missile capability is something very close to zero. A full out ground war would last less than two weeks, wouls ceratinly not involve nuclear weapons, and would end with North Korea becoming a vast pile of rubble. We can bomb it into oblivion using conventional munitions in less than a month.

The fear mongering being aired by our government is for the purpose of justifying defense spending, reversing the effects of the sequester on the DofD, and mainting deficit spending indefinitely. The missile movements to Guam and the West Coast are farcial as we know NK cannot reach those points and the anti-missile-missiles don't work in any case.

The ground war should end rather quickly but with the numbers that the North has under arms it might be longer than one would think.

History has shown that bombing someplace into rubble does not always negate the will and means to continue to fight.

I tend to agree that the missile capability of the North to be near non existent.