Tuesday in July and Possibly A Tart or Two

I have been sick the last couple of days with some type of funk or other. Actually had to call out from work. I don't particularly like the new job (to say the least) but I don't like to miss either.  I suppose I will take some time to make a few inane comments and observations on what passes as "late breaking news."

It is being reported that the Egyptian Muslim Brotherhoods' threats to the Pyramids are a hoax and just never happened. Perhaps so. It is easy to see how people would fall for it though (if it is indeed only a hoax). It seems that Islamists do tend to be jealous of anything that is not of the Prophet and certainly have a very recent (and ongoing) history of destruction. I would not be surprised to find that on any given day, the Pyramids, Sphinx, etc. being nothing more than a pile of rubble. Would you?

I guess they are going to be ashootin Great Whites down Australia way. A few surfers have been attacked of late and the latest was bitten in half. I have an idea. A real solution to the problem would be to just keep your Aussie ass out of the water or at least recognize that there is a slight risk of losing a body part in some sort of shark attack. People in the Galveston area wade fish, "surf" and swim in the ocean all the time and any type of shark attack is extremely rare. It can happen though. Recognize and deal with it.

One H. Clinton's motorcade was pelted with shoes, fruits and vegetables accompanied by shouts of "Monica" from the street urchins of Cairo (Alexandria? whatever). This probably would not have happened without at least tacit approval from what amounts to the Egyptian govt. It is going to be very interesting to see just where this new "change in direction" in the Arab world will lead.

The presidential campaign is getting into full swing. So much for any attempt at civility. We have supposedly learned that Romney is a tax evader, outsourcer, occultist, sorcerer, and pimp. Some dummy by the name of Stephanie Cutter said that Romney may be a felon. I don't know about all that but I do now that this Cutter ain't a bad looking old broad. She could have a niche career in Chatsworth if things bomb for her in the political arena. Oh. Have I gone too far here.......

As far as the charge of outsourcing goes, I would have no doubt that Romney may have indirectly been involved in American firms outsourcing jobs overseas. It is funny to see his political opponents tear into him on the issue though. Outsourcing has been a problem for decades and is destroying the nation. Both political parties along with short sighted corporate policies are to blame.

The Syrian govt may be on its last legs. There are reports that there is now fighting in the streets of Damascus. Hard to say if this is accurate or not. It might not be long before Assad and CO. are seen hanging from lampposts. Shoes will be thrown. Or maybe if he is lucky he will be able to leave the country and spend his days in Tehran lounging by the pool, chillin with his peeps (as they say).There is probably not much good that will come out of the whole mess except perhaps (just perhaps) an Islamist (or secular) govt will not see fit to allow Russia to have naval access. That may be the only bright spot. Whoever gets control of the Syrian reigns of power will not likely be inclined to feel to kindly to the Russians after their rather adamant support of the Assad regime. Still in the long run, it would likely be better for Assad or perhaps some military junta to hold the keys of power in this sad land. Assad, and the military, know damn good and well that unleashing war on their next door neighbor is a losing proposition. An Islamist styled regime might think otherwise.

For an in depth assessment of the Syrian problem from someone who really has an idea what he is talking about I suggest taking a look at Barry Rubin's place rubinreports.blogspot.com

In an earlier post today I delved into the unfortunate incident of a U.S. Naval vessel firing on a boat that got too close. The course of action, while tragic in this particular case, was necessary for the safety of our vessel and crew. No apologies required.


About enough I guess. How about some surfers? I don't know about a Great White but I would bet there are some land sharks willing to take a bite. 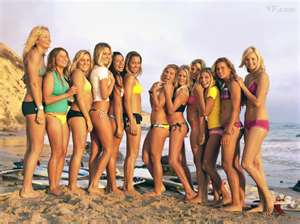 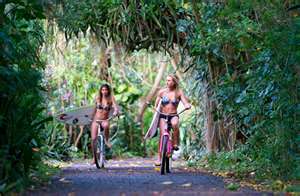 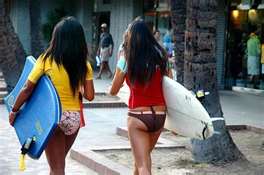 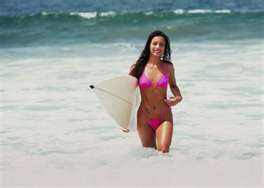 Posted by Bartender Cabbie at 9:20 AM