The other day, on a whim, I signed up for this Twitter thing. I don't know why. My friend is a social media guy and said I should. Well it is about as ridiculous as some of the other time wasting media fads probably but it does seem rather interesting. I hardly have time for this blogging thing (which I enjoy), so I really don't think I will have much time for tweeting (or whatever). I did follow some folk though. It will be interesting to see just what Sasquatch (R. Barr) has to say on any given subject and I might just follow another female of the species (O'Donnell) also. She says goofy things quite often also. It could be fun.

I was also "blocked" by one Robert Crawford of the Massachussetts People's Republic. Don't know who he is? Not to worry. Few do (and that little fact gets under his skin. Some folk just need their fifteen minutes it seems). It is interesting that Crawford would be one of the first to whine about being "blocked" by someone I'm sure. Of course he whines quite a bit. If interested check out Crawford at welcomebacktopottersville.blogspot.com. Or not. On a side note I did follow a fellow that goes by the moniker of D R I F T G L A S S. driftglass.blogspot.com This dude is a Midwestern ultra leftist who seems to have a very skewed view of us Southrons. One of my regular readers called me out for commenting on Driftglass' place in the sun once. If I recall he called him the "prince of buffoonery." Apt description. I can't help but wonder how Crawford's and Driftglass' real job search is going. No, not blogging and tweeting or, in the case of Driftglass, "pod casting." That doesn't count boys. I do understand fully that chronic able bodied unemployment is a badge of honor among some on the far left though. It proves some sort of point I suppose?

Oh have I gone to far? Sorry. Feeling quite bastardly this morning. It happens. I probably shouldn't be blogging. Things could get nasty. Oh well let me stop here and make it up to you with some rule 5. One of the Sasquatch twins perhaps? 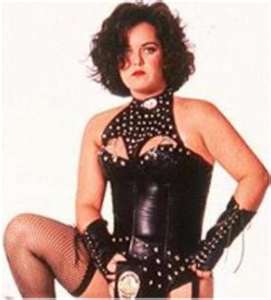 Posted by Bartender Cabbie at 9:54 AM

You do realize the the name "Twitter" is based on the moniker "Twit," right? You did get that.