There has not been a whole lot of news of late that is really anything earth shattering. A few things here and there........

It appears that some "pastor" in NC by the name of Worley would like to put gay folk in a stockade of sorts. It is his opinion that sooner or later they will die out. I don't think that this Worley quite understands how things work. Anyone who has been around  for any length of time has to come to the logical conclusion that most gay people come out of the womb being, well, gay.
What is up with some of these NC pastors? Remember another backwoods preacher type wanted men to smack shit out of their male children if they showed any homosexual tendencies.

The POTUS has come out in favor of some sort of gay marriage. His position on the issue evolved you see. I would be quite interested to know how many black "ministers" would agree with him. It doesn't matter. They will, likely one and all, exhort their flock to get out the vote for Obama no matter what. I don't know why.

Some criminal by the name of Kimberlin has been bothering bloggers. Or so I hear. I read a little bit on this guy and came to the conclusion that he should be sitting  in prison somewhere. A domestic terrorist along the same lines as an Ayers and McVeigh it seems.

Last week (or maybe two weeks ago) one the the members of the Black Panthers ranted on and on about "killing crackers." I don't recall the guys name and he is not worth looking up. I do recall though that he said that the Black Panther Party was not the black version of the KKK. Really? I think he might be mistaken there. Even the ultra left Southern Poverty Law Center defines (grudgingly it seems to me) these silly Panthers (in their custodian garb) as a hate group.

Chris Hayes of MSNBC and The Nation apparently does not feel comfortable honoring our war dead. Of course he apologized and backtracked on some of his ridiculous statements but you know he doesn't mean it. I would imagine that some executives at the network told this Hayes how the cow eats the cabbage. MSNBC is a business after all. It only caters to the leftists among us for the simple fact that it is at least somewhat profitable. The day it becomes a money loser is the day they change the format. Something many on the left likely would not understand I would wager. I bet this Hayes understands now. Just speculation of course. Be that as it may, this Hayes feels "uncomfortable" honoring those who gave the ultimate sacrifice? OK. That's fine. As for myself, I feel quite comfortable calling this Chris Hayes a punk and a pussy. Very comfortable indeed.  That reminds me, I did not read anything that the fruitloop(s) over at D r i f t g l a s s driftglass.blogspot.com wrote over the Memorial Day weekend. Don't think I will. Been having some trouble with my blood pressure of late. 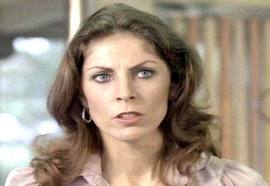 Posted by Bartender Cabbie at 10:30 AM

Same deal from Roman Catholic church pushing for the Democratic Party, the Party that helps the poor. Nevermind that abortion is against the Church's teaching. Just how much does your faith over politics ? I don't get it.

Yes. Reminds me a bit of a Jewish person who would support the current crop of Democrats. Goes against common sense.