Lost In The Maze of What Is Commonly Called Philosophy

Philosophy, like historical studies, is a very broad subject. Also, like history, it can be fun to try to dive in on occasion and see just what can be made of it. Admittedly a great deal of it is way above me. Way above a lot of us I would imagine. Anyone who has ever tried their hand at Medieval Scholasticism (You know - William of Fucking Ockham, Saint Bonaventure, or John Duns Scotus) can probably attest that a good deal of it is near indecipherable to the layman. It would likely take a good deal of knowledge of medieval Catholic thought along with a healthy dose of knowledge of the thinking of the Classical philosophers to have an informed idea of what Ockham was about (and he was about an awful lot). One (or at least I) can get only glimpses....

I have been thinking a bit of the school of thought commonly known as "Pragmatism." Is it simple as the, (as they say) "if it ain't broke don't fix it" or perhaps the "keep it simple stupid" doctrine(s) (which reminds me a bit of a very simple version of what is known as "Ockham's Razor), or is it a bit more complicated than that? Would a rather technical question be appropriate even?  For instance, would most students be better served if a school district geared their curriculum more toward career training with less emphasis on "college prep?" It can't be argued that for a great many students, learning the art of AC and Heating is more "real" world and useful than all the reading and dissection of A Mid Summer Night's Dream could ever possibly be. Anyone who has tried to help students get through English literature notices the glazed over eyes that most students develop. For many, it would seem, learning auto mechanics would tend to be the "pragmatic"course. Probably, this push for a "pre college" curriculum is detrimental for the greater majority of students; but how does the system serve the needs of both the college bound and those more practical? What would be "pragmatic?"

Could true Pragmatism, in the "philosophical" sense be a bit more complicated than the "pragmatism" that we commonly consider? One of the best descriptions that I have heard concerning philosophical Pragmatism is that something is considered "true" and "right" only if it works. What if it doesn't work though? Is it wrong?

Blitzkrieg could be considered pragmatic because it worked where it was applied, until of course it no longer worked. Does that not mean that Blitzkrieg was not pragmatic or does it mean that other factors interfered with the total success of the German war machine which eventually diluted the success; the rightness, (and thus the pragmatism) of lightning war?

The Blitzkrieg tactic worked quite well in Gulf War II, except where it didn't work so well. American armored troops made rather short work of the trip to Baghdad but a long, lightly defended supply line trailing in the armor's wake left the support troops open to small unit assaults. Did this mean that this version of Blitzkrieg did work and was therefore pragmatic or it didn't really work (or only partially worked) and therefore was not pragmatic? What if our forces were fighting a really determined and competent (although overmatched) enemy that was truly capable of causing major havoc among the armor supply forces? What if the enemy was successful enough to completely strand our powerful yet fuel guzzling tanks by severely hindering their supply? Would Blitzkrieg tactics be proven to be wrong and not therefore pragmatic?

What is a pragmatic way of dealing with armed insurgency? Pacification (winning hearts and minds) of the natives does not really seem to work long term. Has pacification proven to be not pragmatic? What about the use of  heavy handed tactics as far as local populations are concerned? America does not have an equivalent to the SS Division Prinz Eugen (thankfully) and won't put that to the test but does that mean that brutalization of civilians does not work in curbing guerrilla warfare? Would it, in the philosophical sense, be considered pragmatic to operate in such manner? Does the possibility that heavy handedness toward civilian populations who have insurgents operating in their midst lend itself to ethical questions? In other words, if it is pragmatic (and therefore considered true and right) to operate in an exceptionally brutal fashion in civilian areas mean that it is still pragmatic (correct, true and right) to do so from a moral standpoint?  Of course the answer is (or should be) no, but these are the type of questions that would likely be of great concern to a technically sterile "professional" philosopher.

Perhaps another example from U.S history would be appropriate.  Would Sherman's decision to ignore Hood and allow him to "retreat" north be considered pragmatic? Sherman had other fish to fry (IE moving from Atlanta to the coast and northward from there) and was not, after a time, concerned so much with the only major Confederate army in the region trying to draw him northward out of Georgia. Sherman rightly concluded that Thomas could handle the Confederates under Hood and he proceeded to war upon the civilian population of the Southeast (although eventually challenged somewhat by Wheeler and Johnston). Making them (civilian population) know that real war had come to their doorstep was Sherman's "philosophy." Would this be a good example of philosophical Pragmatism as applied to military strategy.  His strategy did work so therefore was it true or correct?  Was it immoral and if so does that necessarily mean that it was not right and correct from a pragmatic standpoint? Again something for philosophers to debate.

Another question (although not an important one granted) would be whether it was "pragmatic" or not for Google to change the format of Blogger. Does it work (is true) and therefore it is right? Does it not work and is therefore wrong? Since there are varying opinions on the matter; does it mean that it is kind of right and kind of wrong and would this still (or not still) be considered a pragmatic move on the part of those at Google?

You see, it appears that philosophy generally (very generally) tends to lead to as many questions as answers. Seems like philosophers try to answer the often answerable and only very rarely produce anything of real, lasting value. Interesting theories no doubt but the professional thinker usually tend to end up falling back into the soup.

I wonder what motivates some to study Philosophy professionally. Granted there are a certain number of jobs "teaching" at the university level, but for the most part.......Is a philosopher of any real value in the marketplace? Is it "pragmatic" from the technical or non philosophic stance, for most to study to become a "professional" philosopher? Will it work?  I suppose it would if one just wants to sell insurance or something. Lot less useful in the real world than studying small engine repair likely.  The in depth study of philosophy should probably be relegated to the world of hobby. Like stamp collecting.

As far as this philosophy business goes.....If I ever think of anything profound I'll let you know. 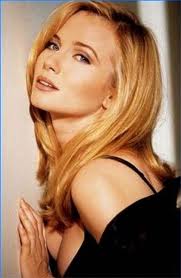 Posted by Bartender Cabbie at 10:51 PM