Today will be the "celebration" of Cinco De Mayo, a holiday hardly recognized in Mexico but celebrated with gusto north of the border. The reality is that the date is the anniversary of a small  battle  in 1862 where Mexican forces defeated a force of French occupiers. It was a minor episode as far as such things go.  To the north, the American Civil War was raging where the celebrated Mexican battle would have been considered a minor skirmish. Barely a footnote in history, if that.

Frankly, Cinco De Mayo, has been utilized by advertisers in this country to sell more beer. It works too. Brilliant marketing. It is not, as many believe, a celebration of Mexican independence. Their Fourth of July it ain't.

Will it be long before South Side Slim finds it politically expedient to ditch Eric Holder? He probably needs to do it rather quickly.  It would be an embarrassment to the Administration for a sitting Atty General to end up cooling his heels in the slam. The man (Holder) is out of control.


Why would this Elizabeth Warren try to convince us that she is "native American?" That is a bit strange.  Assuming she is indeed  1/32 "Indian" that does not make her a minority. Ridiculous. She may be 1/32 Cherokee (or whatever) but she is 100 percent buffoon.
Actually I was, at one time, married to a woman who is dyed in the wool Native  (north)American, 1/2 Ottawa to be exact. She was "Playboy" magazine good looking but a horrible pain in the ass. Anyway  I learned a few things along the way. Everybody has heard that the old cliche that "Indians" tend to have problems with alcohol. After observing her (and her father) I can attest  that there may be something to that. Neither of them could tolerate even a moderate amount of firewater without making that leap into raging drunken psychosis.  Her father has since passed on. I miss him sometimes. My ex wife however..........

How about a real Native? The lovely (and talented) Hyapatia Lee for your viewing pleasure. 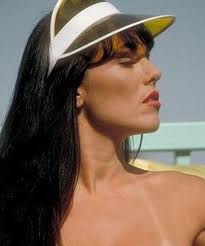 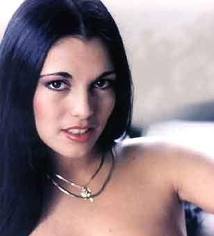 Posted by Bartender Cabbie at 8:06 AM

She was so hot, loved her black hairy pussy