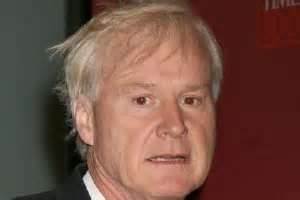 I watch MSNBC (at times) with a bit of stunned awe. Often though it is for comedic value (have you ever listened to the Very Reverend Sharpton?), but never ever is it for real news. Never. MSNBC has become the American electronic version of Pravda or Izvestiya and is of little account. Other than Sharpton, I would guess that White Panel Van Mathews is the most ridiculous of the bunch. Well there is that Martin Bashir...........

The other day while channel surfing I came across Chris telling the multitude something to the effect of "our guy won and it is time for people to get over it." He went on to insinuate (in my opinion) that those in the opposition party need to stand aside because, again, "our guy won." Interesting.

That sounds a bit like a prescription for totalitarianism to me. Something the leftist will rail against of course except when it suits their purposes. As educated as Mathews of the White Panel Van is, he should know better. The loyal opposition's job is to try to stand in the way of a president who they disagree with. The election was rather close, with the productive areas of the nation voting against Obama, thus it is the duty of those who represent the opposition electorate in this nation to throw every roadblock possible in front of a president and to do their utmost to derail his agenda. This goes both ways. Members of both parties try to obstruct, as much as possible, a president of the opposition party. Politics 101.

I guess the thrill that went up Mathews' leg a short few years back is still clouding his vision. Or perhaps he would be in favor of some sort of leftist totalitarian regime (I guarantee some at MSNBC would). Funny thing though; as arrogant, opinionated, and irritating as Chris is, he would soon find himself in hot water with a dangerous left wing dictatorial regime.

Posted by Bartender Cabbie at 7:50 PM

A society which silences the minority cannot call itself a democracy. Silencing the minority's voice is tyranny.

If some of these people actually had the type of government that they seem to want, then some would eventually be cooling their heels in a slammer somewhere or getting a bit of "reeducation."

Their mouths would lead them there and they would not understand what happened.

"A Republic if you can keep it" I believe Franklin said. I have my doubts that we will keep it much longer.