Truth and Questions From The Cab #10 with Rule 5

Time is short so onto a bit of truth and a few questions. Bartendercabbie style........

1. Dumbass Sheila Jackson Lee is still a dumbass. She is in the trenches now leading us in the fight against the dreaded "eboler" virus. May God be with her and weave.

2. Melissa Harris-Perry is a racist fool.

3. The only way to rid the world of the plague that is ISIS (ISIL) is extermination and yes extermination means killing every last one who spits between two shoes. You know it. I know it. Won't be done though. You know that too. The only folk who likely have the stomach for such a job are those whacky (in their own right) mullahs in Tehran. We would never allow that of course......sanctity of human life and all that....

4. Is the cat out of the bag now and the Ebola virus here to stay to one degree or another? You know the answer to that don't you? I think you do.

5. Why is the southern border still not closed to all but legitimate business and tourist traffic?

6. I heard somewhere the that the Federal Govt. main job is to defend the nation. Yes I'm positive I have heard that. At some time or other.

7. Is it stupid to send American troops to West Africa to help "combat" Ebola? I'll take the liberty of answering that one. Yes. This might be the first and only time in my life that I would not hold a service member in low esteem for simply saying "I ain't going." "Fuck you." There is no discernible benefit here. None.

8. Remember recently when some fruitloop or other said that we had an obligation to help Liberia due to our past history?  Because we are a "guilty" country - or something.  I think he should suit up, head out, and take up permanent residence.  Put his money where his mouth is. So to speak. Go on a humanitarian quest as it were. Of course that won't happen. A pusillanimous dolt like many (but by no means all)  hardcore leftists I would wager. But should he decide to sack up I say, "Delta is ready when you are."

9. There is a guy at work who is a young "liberal." You know, first job out of college and all that. The kinda guy who might not necessarily suck on a wing wong but probably would hold one for a little bit.The other day I asked him to stop"screeching" at me. I left out the "like a queen in a beauty shop" part. Saved myself a trip to HR most likely. Sometimes ya just gotta reign it in. Here and there as it might be.

10. Nigeria can hold deaths from Ebola to about 38 percent of the people unlucky enough to become so afflicted I hear. The U.S. should be able to do much better than that. What percentage we can do so is beyond an educated wager likely. Still, this has the potential to damage the economy and cause a certain amount of death. This might (or might not) get real ugly.  Will real ugliness come to pass? Your guess is good as mine. Already some folk have held children out of school because of this thing. Over reaction? You tell me. Keep in mind however that we have quite a large number of deaths from the flu yearly and, at times, businesses and schools here and there have to close and no one thinks that over reaction. Ebola appears (is?) to be much harder to contract (or so the experts tell us) but that does not mean a panic can and will not ensue over the disease and this panic may or may not be justified.

11. The learned folk at the CDC might not really know what they are talking about concerning this whole Ebola thing. In the least. Shocked?

12. I have been beating around the bush and if you must have it, have it then. Our national government has endangered the public by not immediately closing all traffic between various nations in Africa and this country. They have put us all in danger. They have failed in the defense of this nation and should be held accountable.  Borders on treason? No. It is treason. Unintentional treason, but treason none the less.  Don't want to sound alarmist and it is a probability that the virus will go underground (so to speak) and have very little affect. That means nothing and beside the point. The cat is out of the bag, the virus is here, and it was preventable. Period. It is almost as if the Cuban Navy (all two patrol boats still operational) shelled Key West and the fedgov did nothing in the way of response. Except talk and back peddle of course. That goes without saying. Always.

13. On a happier note; There are probably at least 10 teams in the college football ranks who still have a shot of reaching the upper division "playoffs" and ultimately appearing in the "big game at the end." I am looking forward to the drama. Pretty sure ND State will again be the champ in the division just a step lower. That might should go without saying perhaps. The Bison are one good football team.

14. For the first time in years I rooted for the Cowboys the other day. Romo suddenly looks like a competent QB and it is always nice to see Pete Carroll lose. He (Carroll) is a scumbag and there should be no dispute. That is probably about the extent of my interest in the NFL so far this season.

15. Will Brady Hoke last out the season? If his squad can beat MSU and the hated Buckeyes it may be a possibility. Slight? I wager Brady will find himself employed in the FCS or a less prestigious program before too long. Nothing wrong with that. Can happen to the best of them. Michigan fans, like so many others (Florida, Georgia, LSU Nebraska, Texas, USC, Notre Dame, etc. etc.), expect no less than to be in contention for the somewhat mythical national championship of college football. Folks will raise holy hell when a few bad seasons fall upon them. It happens to most, (except Saban who has apparently sold his soul to Old Scratch), at one time or another.

Enough already. How about some rule 5? Two or three Latin honeys OK with you? Nothing too risque mind. Just enough to bring wood to a young man. 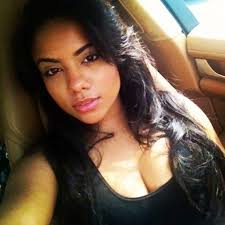 Posted by Bartender Cabbie at 8:38 PM

"Romo suddenly looks like a competent QB."
How long do you think that will last? The remainder of the season? I think not.

He has looked pretty good the last few outings they say. I watched him a bit with the Texans and Seahawks. He managed to keep away from Mr. Watt for the most part and that is lucky for him..

He will probably revert back to business as usual before long.